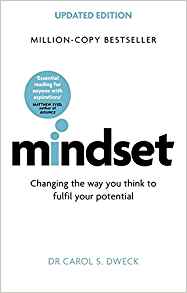 How do we view ourselves and the people we engage with? Do we believe that intelligence, character, competencies, etc. are firmly set at a given level. Do we see ourselves and others as the final article and by extension assume that some of us are inherently and unalterable better than others in given fields? Will we go to great lengths to preserve this image of ourselves and others? Have we ever been made wary or uncomfortable when engaging with people who seemingly do not recognize this “truth”?

Or do we believe that we ourselves and the people we engage with are works in progress, that we are never the finished, perfected article? That by applying ourselves we can gain competence even in areas where the initial hand we were dealt perhaps did not look the most promising? Do we believe that effort and attitude rather than inherent, unchangeable factors determine how far we will go? Have we ever felt penned in by people who seemingly do not believe in change and growth on the individual level?

In short, do we have a fixed mindset or a growth mindset? Carol S. Dweck has researched into the implications of these two different mindsets on our performance in business, in parenting, in school and in relationships. Dweck has uncovered many situations where the fixed mindset seems to get in its own way and ends up handicapping the person having this mindset. Dweck has published about her findings and has also given a TED talk which I encourage you to watch.

For the fixed mindset we are our success or our failure – it becomes our identity. Failure also reflects on our standing in the perceived hierarchy, where we strive to always be top dog and keeping others inferior to us. Failure becomes painful and to be avoided at all cost. This can lead to avoiding taking on tasks that can potentially change our image as a success. Further, if we nonetheless experience failure we may seek to shift blame onto circumstances or other people. The constant need to feel superior can also easily lead to a constant need to put down others or to create competition situations where we can prove our superiority.

Growth minded people see success and failure as points in time, as lessons to learn from on the never-ending road of development, improvement and new ideas. Success and failure are not our identity, but opportunities to tune our effort and our process. The growth mindset sees everybody and everything as having potential for further development.

Many of us will have worked for or with people with pronounced fixed mindsets at one point or another. The fixed-mindset people may well have been at the top of the corporate ladder and thus set the tone not only for a team or department, but for the entire company. Dweck has coined the term “CEO Disease” to describe what is likely to occur. Those of us who have read “Good to Great” we may be able to draw parallels to the “Rock Star” leadership type portrayed by Jim Collins.

Dweck describes fixed mindset leaders as concerned with their own performance and image over the good of the company and its employees and as unlikely to take on tasks that could endanger this image. We may meet with leaders who treat their people like servants, who have a very pronounced need to appear perfect, as if they alone hold all the right answers, and who do not at all take kindly to non-salutary feedback.

This type of leader typically concentrates all knowledge and power onto themselves and do not develop people, let alone successors to their spot. They leave the company in a very dangerous void the moment they step down from their job. Everybody has been so focused on pleasing this leader, that a kind of collective fixed mindset has developed. Nobody believes that the leader can be replaced and nobody is used to thinking for themselves any longer.

Now contrast this with a growth-mindset leader, or as Jim Collins would have it a “level 5” leader. These leaders to not claim perfection, rather they are open about their imperfections and doubts. They treat people as having resources and potential that can be developed and empowered. These leaders focus on the good of the company and employees, not on the aggrandizement of their personal image. They make sure by their actions that the company can continue strongly also after they step down. Which leader would we rather work for?

It is important to note that most of us have elements of both mindsets in our make-up. In fact some of us may use one or the other mindset in different areas of life.